Which food is highly addictive?

Statistics back to basics

From fat to inflammation: LTB4

Are you ready to take care of your microbiome? Parce que je le vaux bien!

Absolute and relative RR : back to basics

The world of food ingredients

Relationship between and insulin and the brain

Sugar and the brain

A better insight about what we ate and why we dominated

You look at pesticides in your food? You eat organic...

Sugar and your body

Food intake Control is complex as expected for a vital function

Which people are less affected by CVD?

Fish and mercury: theories and results

Prenatal exposure to methyl mercury from fish consumption and polyunsaturated fatty acids: associations with child development at 20 mo of age in an observational study in the Republic of Seychelles1,2,3,4

2/ Is there any explanation for the importance of LC W3 PUFA in brain develpment and function?
Yes
http://www.economist.com/node/16214142
3/ So what is the balance between risk and benefit?
http://www.hsph.harvard.edu/nutritionsource/fish/
http://nutritionfacts.org/video/how-long-to-detox-from-fish-before-pregnancy/
Publié par THEGAP à 19:19 Aucun commentaire: 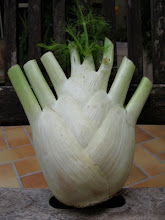